Welcome to the official Tescelector Productions website, where you can find information on all projects produced by Joe Sheehan and his 'minions', probably Pete Messum though. 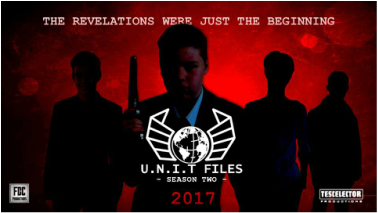 The Season 2 poster, now including Adam Mayhew as the Prime Minister.
On Monday 18th July 2016, principal photography wrapped on the second episode of U.N.I.T Files: season 2, titled "Doppelgangers". Written and directed by Joe Sheehan, the episode stars Joe Sheehan, J.J. DeWitt and Pete Messum. Filming overall took three days, and was filmed by Tescelector Productions. In addition to this, additional filming was done for episode 1 of the season, titled "The Return". Written and directed by Pete Messum, the episode guest stars Adam Mayhew as the Prime Minister.

In other news, Joe Sheehan has confirmed that Season 2 of U.N.I.T Files will be the last in the series, and plans to end the story in this season. Joe will continue to make videos on his channel, although he will mostly stick to reviews and vlogs instead of films. 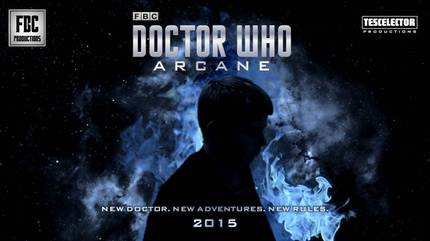 With it being just under a week until New Year, why not go back and enjoy our 2014 productions from Tescelector. Catch up on the first four episodes of U.N.I.T Files, or re-watch our latest short film Apocalypse Now(ish), or you can listen once again to our first series of Doctor Who audio adventures, titled The Universe of Nonsense!

We can now reveal the Tescelector Productions logo for 2015. We thought we should introduce a new logo for the new year, and a new title card has been produced to go with it. This also means that the U.N.I.T Files logo and title card will be updated slightly to incorporate the new logo. 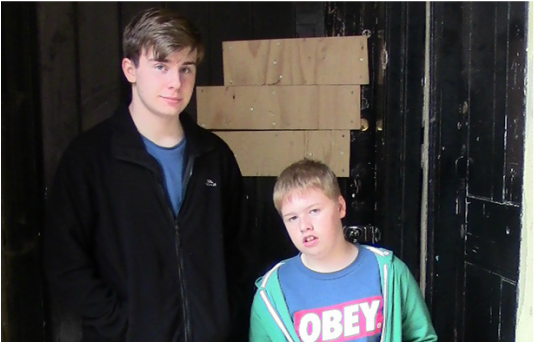 UNIT Files has been filming over the last few weeks with Episode 2 - 'Death by Terror', Episode 3 - 'Phobia' and Episode 4 - 'The Farmhouse'. Here is an image from the latest episode. 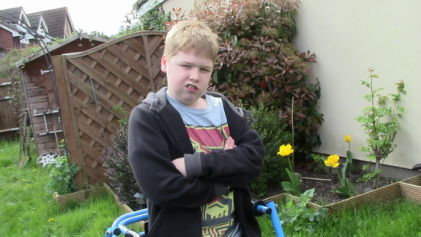 John investigates a murder that links back to one 30 years previously, but was left unsolved. Can John fit the pieces together from the past and present to stop this killer before its too late, or will he be consumed by his own fear...? 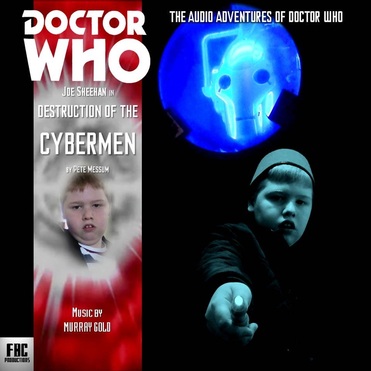 Joe Sheehan returns as The Doctor in an all-new adventure from FBC Productions audio, titled 'Destruction of the Cybermen', featuring music by Murray Gold and Cybermen voiced by Pete Messum.
The story will air on the 8th March 2014, with a trailer released on 1st March 2014.
The cover artwork is on the right. 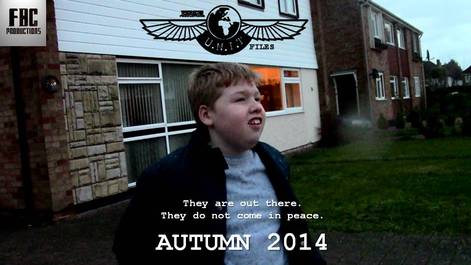 There will be two new teaser trailers for the UNIT Files coming onto YouTube soon... 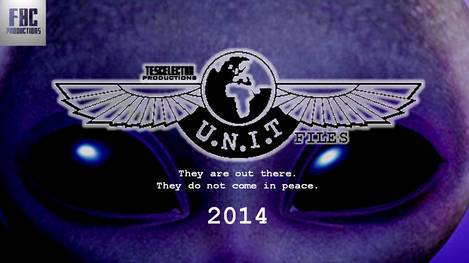 The first poster for the new seven-episode series 'UNIT Files' has surfaced, featuring the logo and main tagline for the series:
"They are out there. They do not come in peace."
The series will air in 2014. 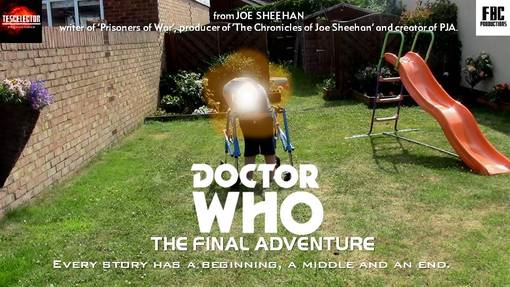 'The Final Adventure' is set to be released on Christmas Eve, to coincide with the 50th Anniversary of Doctor Who. A new poster has been released to advertise the three part epic conclusion to the ongoing series.
Also, the tagline is featured on the poster:
"Every story has a beginning, a middle and an end."
So, has the Doctor met his match? Find out soon! 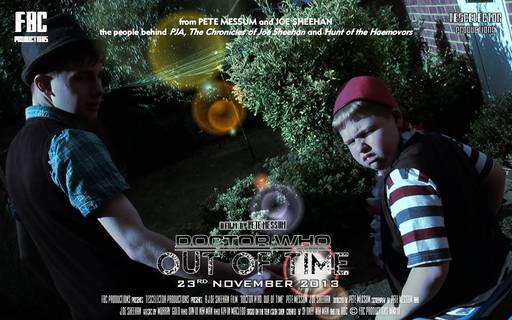 Joe Sheehan's own incarnation of the Doctor will be making a guest appearance in the new Doctor Who 50th Anniversary fan-film, 'Out of Time', co-produced with FBC Productions. The film will also see the return of the Time God, who appeared in 2012's 'Search in the Stars' and in the crossover episode 'The Time God'.
The film will be released on November 23rd 2013.